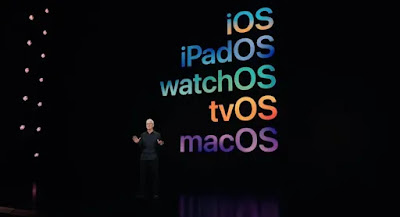 In 2019, Apple hosted WWDC at the McEnery Convention Center in San Jose, California, and thousands of developers and Apple employees attended. But in 2020, due to Corona Virus, Apple introduced a virtual event that free-for-everyone.

It’s been three years since Apple could not do an in-person gathering conference. In addition, Apple is also planning a traditional Swift Student Challenge.

The company will also host a special day for its developers and students at Apple Park on June 6. They can watch the keynote and State of the Union videos and the online community.

Apple’s vice president of Worldwide Developer Relations and Enterprise and Education Marketing, Susan Prescott, said, “At its heart, WWDC has always been a forum to create connection and build community.”

Apple may also take the opportunity to introduce new products to the world, both software and hardware. We can expect a preview of upcoming operating systems, including iOS, iPad, macOS, and changes to designs like WatchOS and tvOS and maybe an M2 MacBook or iPhone 14.

To support students who love codes, Apple announced the Swift Student Challenge, and also winners will get a customized pin set and one year of membership in the Apple Developer Program. The company has invited students to create a Swift Playgrounds app project on a topic of their choice and asked them to submit it by April 25.