The latest Gcam 8.4.400 mod apk by Shamim provides all features you get from the camera application of the Google Pixel 6 series. The features include time-lapse, slow motion, normal video resolution selection, and more. 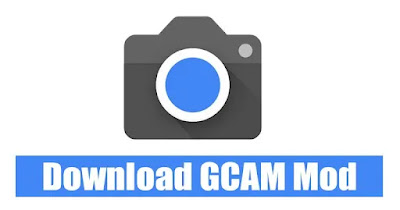 Other than that, the good thing is that the latest Google Camera Mod 8.4.400 now supports even more Android smartphones. The app developer said that the latest Gcam mod would work fine on devices running on Android 12 and Android 11. However, Android 11 users might not be able to use all features of the camera application.

The only drawback of Gcam Mod 8.4 by Shamim is that it’s not designed to work with older versions of Android such as Android 10, Android 9., etc. Hence, Android devices running on older OS versions need to try the older version of Gcam Mods.

As we have mentioned above, the latest Gcam Mod 8.4.400 by Shamim brings all the camera feature that you get from the official camera app of the Google Pixel 6 series. This includes the ability to capture time-lapse, slow motion, and more.

The latest Gcam mod also allows you to customize the settings for both the front and back camera of your smartphone separately. If you have a high-end Samsung device such as S22 Ultra, you will be able to use some more features such as noise modelers, models AWB, and more.

Apart from that, Google Camera Mod 8.4 by Shamim also offers you a Pixel series exclusive feature – Magic Eraser. The feature allows you to remove objects and photobombs from your images in just a few taps.

Important: We don’t recommend the use of modded or cracked apps. They might invite problems to your Android device such as malware infection, adware, etc.
It’s pretty easy to install the GCAM modded files that we have shared above. First, you need to head to the Settings > Security and enable the Unknown Sources option. Once done, you need to launch the Apk file you downloaded.

Next, you need to follow the on-screen instructions to complete the installation process. Once installed, make sure to restart your device and start the latest Gcam mod apk on your Android smartphone.

If you have installed the Gcam Mod 8.4 on older versions of Android such as Android 11, you might face a few problems. If you can’t adjust with the problems or bugs, you need to install the older versions of Gcam mods that were compatible with your device.